But when they’ve gone through things with you, given you comfort, and allowed you to be creative, then they somehow take on a life of their own.

Are you mesmerised yet?

“Almost every piece (I make) has a story, and I form some sort of attachment to them – almost to a point where I don’t really want to give them up,” agrees Tiffany Chua, the artist behind Dirty Hands Only.

“But I’ve been lucky, as most of the people who buy my pieces are almost as crazy about ceramics as I am. A few even gave up the ‘forget juice’ to buy more pieces that they don’t exactly need.”

Based in Singapore, Dirty Hands Only is a ceramics studio that’s been around since May 2016.

It’s under Dirty Hands Only that Tiffany creates one-of-a-kind ceramic ware such as mugs, plates, bowls and jars. Everything is handmade, and clients can request for customisations as well.

Tiffany also establishes projects like A Dirty Charity, where she donates part of her profits to good causes like giving.sg, and holds fun campaigns like A Dirty Sale.

She runs workshops to teach people how to work with ceramics too.

Just one look at Tiffany’s work is enough to convince me that her pieces have a “personality”. The designs, the colours, the shapes… there’s a sense of movement and uniqueness to them that’s so intriguing and attractive. 😊 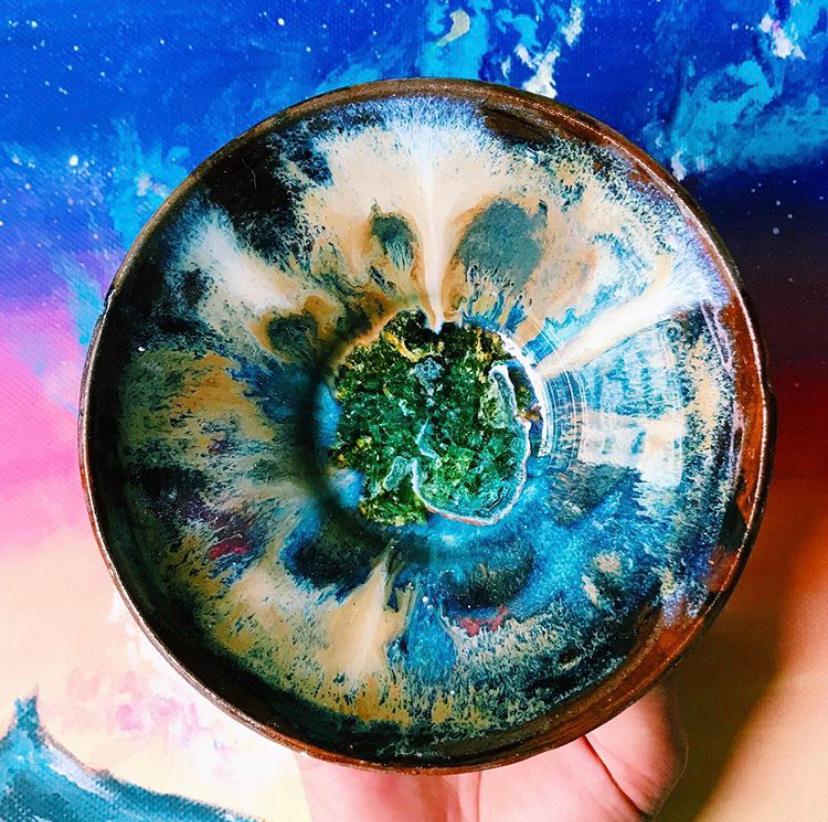 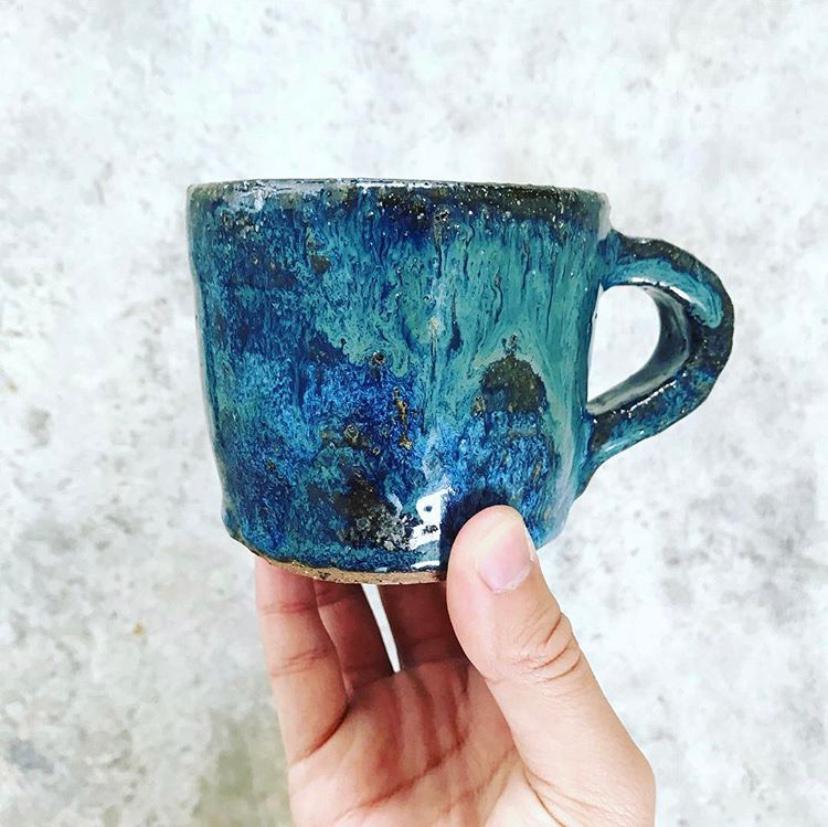 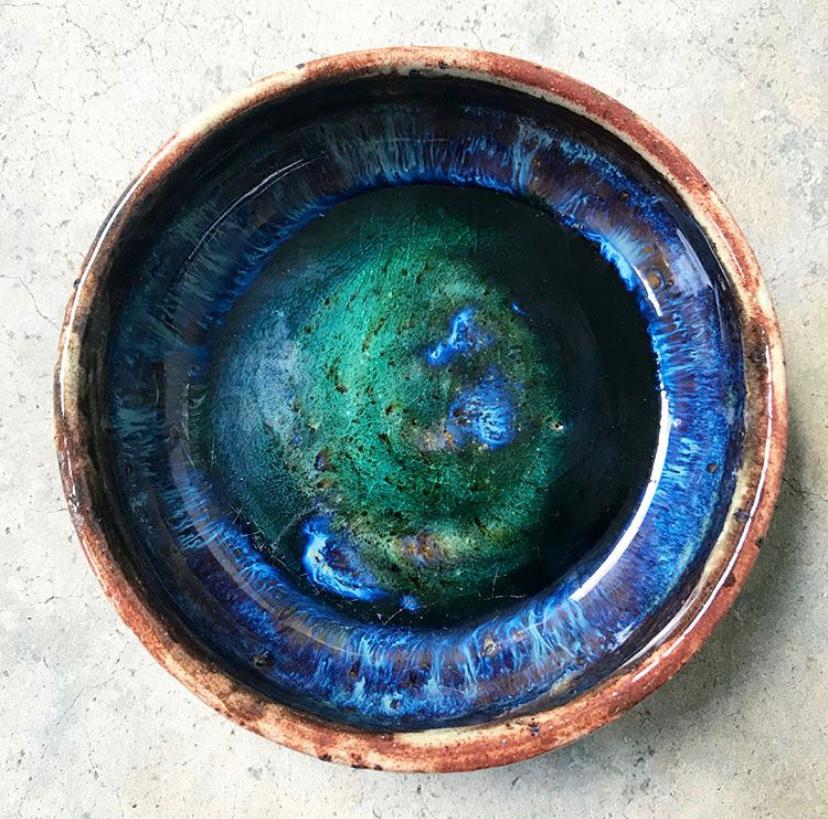 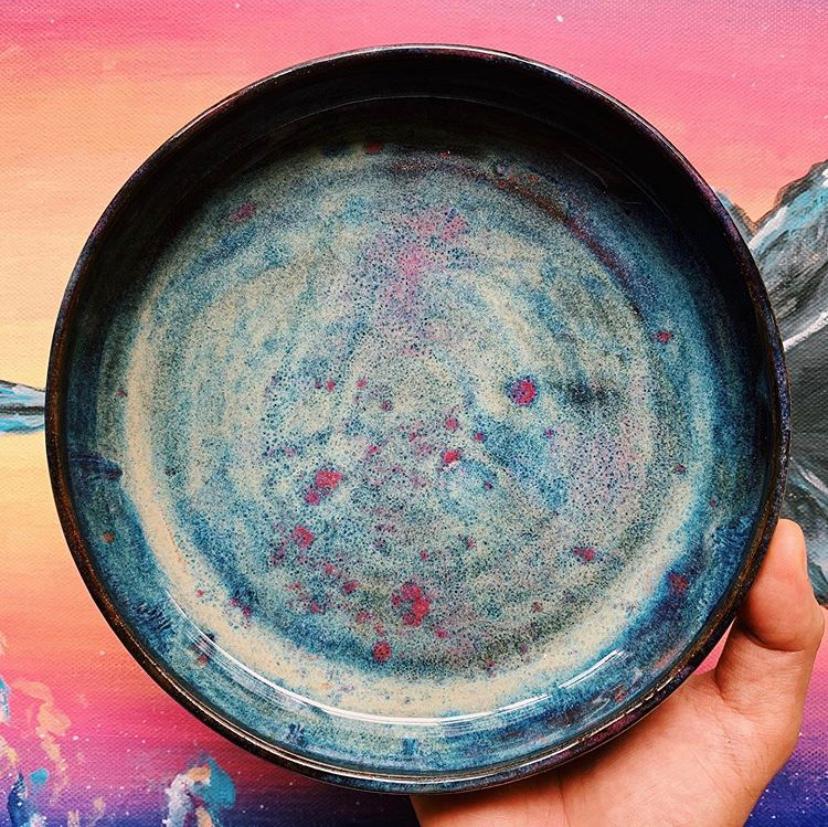 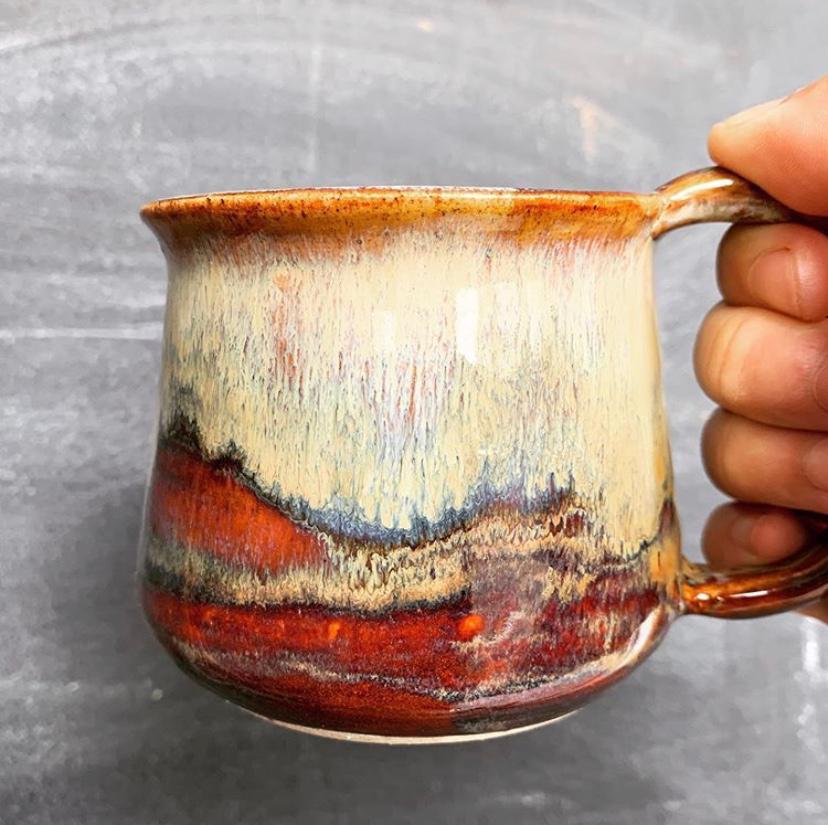 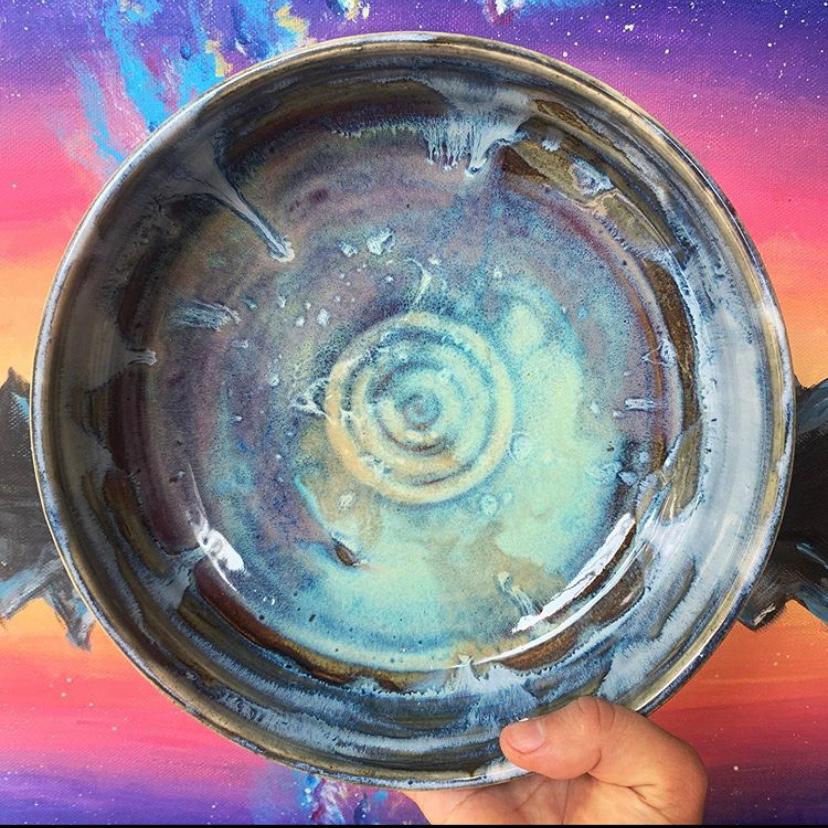 Maybe it’s in the way they were made? “For the most part, when I jump on the wheel I get so excited that I just want to feel the clay, plug in some good tunes and get lost for a while,” Tiffany reveals, on whether or not she lets the creative process take her wherever it leads her.

“I usually don’t have a plan, but I’ve recently started to plan what I want to make – from the size to the finished colours, and also the purpose of each piece. I would like to call that growth (of sorts).”

We’re right about the pieces having a “story” too. Tiffany shares two (out of many, she says) that stand out.

They might give you a few ideas on what to order. 👍

“This series was named after someone I used to work with for a short while. I was transitioning in my career, and was trying to expand Dirty Hands Only in a way that had more of a story to tell than just blindly creating art,” Tiffany admits.

“He came into my life when I needed inspiration, and/or was looking for a muse, if you will. He was really smart, really cute (haha) and he taught me a lot. Naturally, when this glaze was a success I had to name it after him.”

“This is another that I hold dear to my heart. It’s named after one of my favourite bands, Caspian,” she says.

“I’ve been offered money for this, but I will never sell it. Only because I can’t for the life of me recreate it.”

You won't find the Caspian anywhere

And that’s just the start. Your Dirty Hands Only piece will soon have a new story of its own once you have it in your possession. 😊

First off, how you use your ceramic ware matters. “I have like three or four coffee mugs I rotate on a daily basis because all of them deserves equal attention,” Tiffany points out.

“I have one set aside for kombucha, one for cereal, and another for beer, all chosen from their sizes and how they make me feel. I’m very emotional.”

If you need examples, here are Tiffany’s most used ceramic pieces at home and in her studio, and her reasons why.

You'd want to have them all

Whatever you decide, Tiffany is sure about how she wants you to feel once you’ve purchased and used her sets.

“I want (my clients) to feel like coffee tastes better and water is sweeter from drinking from it,” she muses.

“I’ve also been lucky with the people who have bought stuff from me. They usually don’t hesitate to tell me how in love they are with the pieces (some have even turned into friends because they can’t stop telling me I’m torturing them with each launch or sale – you know who you are).”

Ready to have your own Dirty Hands Only piece – and build a treasure trove of experiences and memories out of them? There’s just one thing Tiffany is asking clients to remember.

“They need to know that if they preorder a customised piece, it takes about two weeks,” she urges.

“Clay is wet, and it needs to dry for four days at least, trimmed, bisque-fired for 24 hours, glazed, and glaze-fired for another 15 hours. So you really can’t order something on Monday and have it on Wednesday.”

It’s worth the wait. (And I’m already thinking about who to give them to, and where to put them.) 😊

9 easy ways to use freeze-dried fruits and veggies

What makes a good rice bowl?